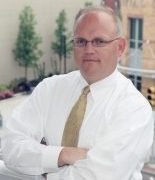 Timothy J. Cruz has served as Plymouth County District Attorney since November, 2001.  During this time, he has worked to protect and promote the public safety of the nearly 500,000 residents in Plymouth County.  As chief law enforcement officer, and in conjunction with local police departments and Massachusetts State Police, District Attorney Cruz’s primary responsibility is to enforce the law by investigating and prosecuting criminal cases.  Toward that end, District Attorney Cruz has strived to take guns, drugs, and violent felons off of the streets, while partnering with other agencies and initiating programs to address the social, economic, and health challenges facing our communities.

In 2015, in an effort to address the opioid crisis, District Attorney Cruz partnered with the Plymouth County Sheriff’s Department to create the county’s Drug Abuse Task Force.  The Task Force serves as the clearinghouse for coordinating law enforcement efforts, education, overdose prevention, outreach, and data dissemination.  In 2017, the Task Force partnered with all 28 police departments to develop and implement Plymouth County Outreach (PCO).  PCO is a police assisted recovery intervention program where a police officer and a recovery coach conduct outreach visits to victims in the hours after an overdose.

District Attorney Cruz and his staff are also doing ground-breaking work with drug endangered children, training members of law enforcement and school faculty in the county and around the state, on how to identify and support students with Adverse Childhood Experiences.

The Safe Streets Task Force is a coordinated effort led by District Attorney Cruz, working in conjunction with law enforcement partners at the local, state, and federal level, to reduce gun violence in Brockton.  Through prevention, enforcement and re-entry services, Safe Streets helps to keep the lines of communication open between Brockton residents and members of law enforcement.

District Attorney Cruz’s Diversion Program addresses first-time offenders who may have faced a number of difficulties and pressures associated with growing up.  The program has been successful in putting the lives of young men and women back on track, and allowing them alternatives to criminal records.

District Attorney Cruz also utilizes special courts, like Drug Court and Veterans Court, to hold offenders accountable but also offer help to break the cycle and stay out of jail.  The Plymouth County District Attorney’s Office is currently participating in a district court pilot program to screen applications for complaints in an effort to improve court efficiency.

Community Engagementopens in a new window

Conference Presentationsopens in a new window